It takes courage to accept the common wisdom that what other people think of you is none of your business. Accepting what other people think of themselves and adapting your language to respect their self-image takes courage too. But what is so scary about addressing people by the pronouns they prefer? We learn people’s names to call them by, so why not loosen our grip on predictable tradition to allow people to choose the more generic terms they prefer to be known by?

If you have been reading my writing for any period of time, you will have picked up that I have a couple of daughters in the early-mid years of high school.  They were 8 and 10 years old when I lost my sight so, like most new parents of teenagers, I have been flying blind in this new reality of self-discovery, social pressure and decisions that will shape their experience of the world.

I have never been one to shy away from difficult conversations with my kids.  They knew where babies came from, and (in broad terms) how they came to be there, before they were in too much danger of learning the” facts” of life in the playground.  Lately though, they are the ones raising topics that are news to me.

I’m sure that the rainbow revolution didn’t just happen between2016 and 2020, but my awareness of gender identity, sexual orientation, sexual preference and words like “cis” and the concept of gender neutrality has certainly burgeoned since these particular teenagers came into my life.

Being the word nerd (fine, grammar-obsessed granny) that I am, I found it difficult when my daughter began referring to one of her friends from the all-girls’ school she attends as “they”.  When she would talk about doing things with “them”, I was constantly asking who else would be joining the two of them. We would regularly argue this topic until, one night, I stopped and calmly asked my daughter to explain why she chose this grammatical construction when talking about this particular friend.  I heard her voice become lower and slower, and I could feel the tension begin to drain out of the room as she explained that her friend didn’t identify as a female or as a male and that “they” preferred not to be spoken about using the female pronoun.  We talked about the historical precedent for the use of “them/they” as gender-neutral pronouns and the fact that she was simply trying to respect her friend’s decision about their own identity.

I got it and, henceforth, stopped berating her for being careless with her language.

As a parent, we often default to thinking that we are the ones with the knowledge to impart to our children. We remember teaching them to talk in the first place, so we assume they should continue to use their words and construct their sentences as we taught them.

For most of us, we fielded questions about whether we knew the sex of the baby in Mum’s belly and looked forward to finding out whether they were a boy or a girl. Very few new parents would, I think, contemplate that their child would not be comfortable living in the bodies pre-destined by their biology or being referred to as he or she. Sure, we were reluctant for our daughters to come into a full understanding of the disadvantages of being female in today’s society but the array of issues facing today’s teens is so much broader than we anticipated.

It would be of service for everybody – the kids, their families and the community as a whole – to have the courage to let go of preconceptions about the particulars of the people that any individual baby will grow up to be.  Perhaps that baby girl will grow up to be a kind, funny man who loves another kind, funny man. Perhaps that baby boy will too.  Or perhaps any one of those babies, regardless of whether they are currently dressed in traditional pink or blue, will grow up to play an important role in changing the way society attributes value to people and the things they do with their lives, regardless of their gender or sexual orientation.

It’s uncomfortable to allow new words and new usage of old words into the conversations we have at home but the fact is that, like all living things, language evolves. If we allow language to build up around things that were previously taboo, and if we have the courage to accept that our preconceptions about other people’s futures might not be accurate, maybe our kids won’t need quite so much courage to have confronting conversations with us.

If a child has the words to communicate what they are thinking and feeling, and if the adults in their lives are open to learning what these whole other people think about themselves and then speak about it in terms that respect the person being spoken about, maybe we can grow a more understanding, just society for everyone to live in, whatever body they inhabit and whoever they choose to live in close company with.

***The LGBTQIA+ community can have life tougher than most so, if you or anyone you know is struggling with the issues I have touched on here, please know that there are people to support you. Minus18.org.au is there to provide support young people to come to grips with these matters. 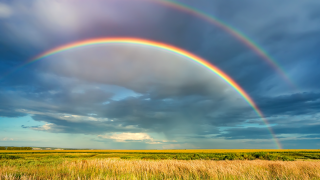 How to cope with losing part of yourself

Cultivating the courage to be a disappointment