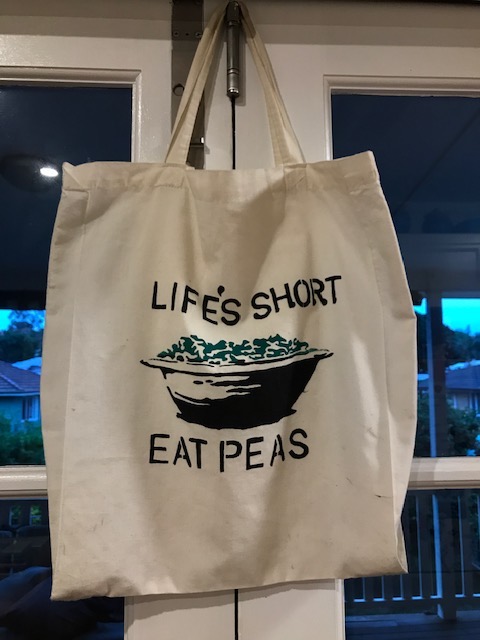 School always goes back on the day after the Australia Day long weekend, so I can tell you with confidence that the day in question was Tuesday 29 January 2013.  I had just delivered my youngest daughter to her first day of primary school and I was at large for the next six and a half hours.  I took myself off to a dark, delicious café to pass the hours before I resumed the task of teaching, entertaining and caring for the children I had dedicated myself to raising.

Don’t get me wrong: I had looked forward to the freedom that would come with both my daughters being at school five days a week, but now that it was here, I felt untethered.  It reminded me of the way I felt after I finished university – a kind of release at being unburdened of a load that I didn’t consider a burden while I was carrying it.

This is the closest analogy I can think of for the way my loved ones must have felt as my recovery eased the burden of nursing, doing, giving, transporting, and guiding me everywhere.

Caring for someone who has undergone a traumatic brain injury hardly has the joy of playing with a growing infant, but my family tell me stories of things they found surprising and amusing along the way.  They were surprised and delighted each time a sliver of my old self came back to life. Apparently, once I was well enough to interact with others, my sense of humor was unfailing, as was my politeness towards the nursing and medical staff.

One evening my Mum was visiting the hospital and told the nurse who had brought my dinner that I don’t eat peas.  Quick as a whip, I shoveled a spoonful of the little green balls into my mouth and said stridently, “Life’s short, eat peas”.  This from a woman who had only just regained the ability to get those peas from my plate to my mouth and who, as a girl, wouldn’t eat the corn I loved if it had been served up with the same spoon as the peas.

My daughter later immortalized this quirky saying on a canvas bag she designed in her art class at school.

It has joined the collection of life wisdom our family refers to at opportune moments, along with the lesson that you can’t scream at the wind to stop blowing. (This one came from an episode of toddler outrage at a storm front that blew in rather inconveniently while my daughter was painting on butcher’s paper pegged up around our verandah palings.)

Don’t think I can return to my job as a lawyer?  Watch me.

Don’t think I can use a butcher’s knife to slice up a whopping great cabbage?  Watch me as a literally slice the tip off my thumb.  Oops.

You see, this is the thing about challenging your boundaries.  Sometimes it will lead to marvelous victories and other times it may lead to injury and tears.  But, either way, it leads to a sense of freedom – my freedom to do what I want, when I want – and freedom for others from the burden of doing things for me, which they didn’t mind doing and which didn’t seem like a burden until they were freed from them.

Regaining my independence has also meant that those around me have regained their freedom. But more than that, for my husband and me it has meant that our relationship can move back to a romantic, mutually supportive union rather than a dependent, nursing one.

Two people who realize that their shackles have fallen away unnoticed are able to come together in a relationship that is richer and stronger and more empowering – way more fun than when the bad stuff was happening, and stronger than before it all happened.

When I was on the cusp between childhood and adolescence, I recall crying because I was afraid that I wouldn’t be as close to my Mum when I grew up.  She hugged me tightly and assured me that we would still be close and that it would be a much richer closeness because there would be things she could share with me when I was grown that she couldn’t share with me as a child.  The fullness of time has proved her right (of course).  In the same way, I was closer to my husband on so many levels while I was sick and recovering.   But now that I am better than I was and we are freer to come together on a more equal footing, our relationship is richer and more rewarding than ever.  If acting with courage is about feeling the fear and doing it anyway, then I and everyone who cares deeply about my welfare have acted with courage every step of my rehabilitation journey.

Going on a Bear Hunt*