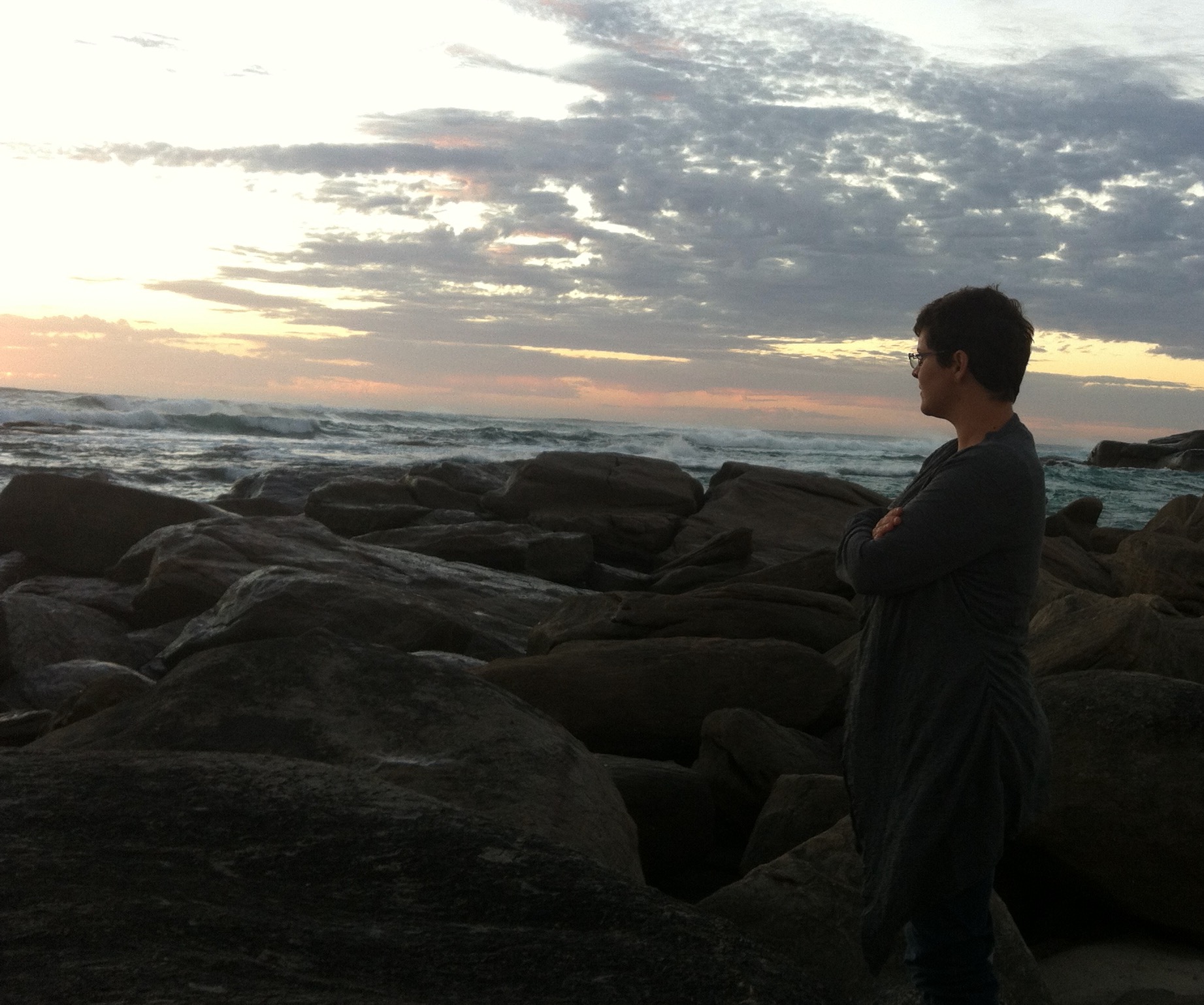 I want to go to mass.

This is what I said on my first weekend release from the Brain Injury Rehabilitation Unit at the Princess Alexandra Hospital in September 2016. We arrived late (as usual), so gladly accepted the front pew that other parishioners vacated for us when they saw me with a wheelie-walker.  As the time came for people to line up to receive the Eucharist, my husband nudged me and whispered that the priest was coming to minister communion to me in the pew.  I have never felt such gratitude for a small kindness, a small waiver of protocol to accommodate the needs of one person.  The joy I felt at being acknowledged so considerately came close to any joy I have felt before.

With this intensely human interaction that felt so intensely spiritual, I was hooked.

The following year, my eldest daughter commenced at the local Catholic high school and we attended the College mass held at the beginning of the year.  The priest celebrating that mass was one of the most brilliant, down-to-earth communicators I had ever had the privilege to hear.  When you have two tweens you’re trying to get along to church each week, the power of a message delivered through a relatable story told in clear, unambiguous language by a fella named Wayne cannot be underestimated.

It turned out that Father Wayne was the parish priest for a church quite nearby, so we began to attend the Sunday evening mass.  After about a month, a woman approached us at the end of the service, saying that she had seen us coming and, while she didn’t make it a practice to approach former patients in public, she wanted to reach out to me.  I immediately recognised her voice as belonging to a specialist I had consulted a number of years previously.  We exchanged pleasantries but it wasn’t until we had parted ways and I was getting into our car to leave that her significance hit me.

When my daughters were small and adorable, my husband and I hoped to expand on this loving family we had begun by the addition of two or three more children just like the ones we already had.  Things weren’t happening and I began a series of fertility treatments.  After about a year, we moved cities and I consulted a new specialist.  Her initial investigations revealed contradictions in my condition that led her to hypothesise that I might have a very common issue where there was a small amount of extra tissue, a tumour if you like, on my pituitary gland, preventing my hormones from being produced correctly.  The usual treatment was ongoing medication to correct the patient’s hormone levels and only in rare cases was surgery required.  The tumours were almost never cancerous so that possibility needn’t bother me.  She wouldn’t know what the appropriate course was in my case until I had an MRI, which might reveal exactly what, if anything, was there but sometimes these things were so small that you couldn’t even see them on MRI scans.

I remember calling my mum after this consultation saying, “well, there’s nothing wrong with my reproductive system but I might have a brain tumour!:  it was nasty, I know.

To cut a long story short(er), the MRI revealed that there was indeed some excess tissue and it was certainly large enough for even the non-medically trained among us to see it.  The doctor gave me a shortlist of neurosurgeons she recommended I consult to get an opinion about treatment options.  In the meantime, I went home and made a ball of play-dough roughly 2.5 centimetres in diameter to give me a solid idea of how big this lump in my head was.

I saw the neurosurgeon and discovered that the options included to do nothing, but the tumour would continue to grow, impinging on my optic nerves.  There was a possibility the tumour would develop a spontaneous bleed that would cause massive damage to the surrounding tissue – not something you want happening in your brain.  Alternately, the surgeon could operate which would be complex and may not remove the mass entirely but was, by far, the most highly recommended option.

I sought a second opinion, which confirmed the original advice and went ahead to book in a transsphenoidal resection of my pituitary tumour, which is a fancy way of saying that I lined up to have a team of doctors reach up my nose with some very sharp instruments and punch a hole through so they could reach into my brain cavity and attempt to remove a lump that my own body had grown there.

A few weeks later, I had that surgery and, aside from the expected outcome of a minor cerebro-spinal fluid leak that meant I had to wear a very fetching absorbent bolster under my nose, secured with loops over each ear, I was back to leaping tall buildings a few days later.

Over the next few years, I had regular MRIs to monitor the growth of the remaining tumour.  As expected, it grew slowly until, in early 2016, my neurosurgeon recommended that further surgery be undertaken before the tumour began to have any greater impact on my optic nerves or surrounding structures.

I booked the surgery in for mid-April to allow my husband and I to attend the swearing in of a very dear friend as a judge of the District Court of Western Australia.  The night before the surgery, we went to a birthday dinner with some old friends and, the next morning, I drove (for the last time ever) to the hospital to have the surgery that set off a train of events that cost me my sight and, very nearly, my life.

In the flurry of activity during my lengthy hospital stay and the early days of my rehabilitation at home, I had forgotten how these events began.  It was like a punch in the guts to be reminded by the encounter with my fertility specialist that it all began with hope for something we wanted but didn’t really need.  The support our little family received from extended family and friends, and each other, in these difficult days had demonstrated that we had all the love we could possibly need in our lives.

FLYING over the edge of your comfort zone

The Opposite of Courage